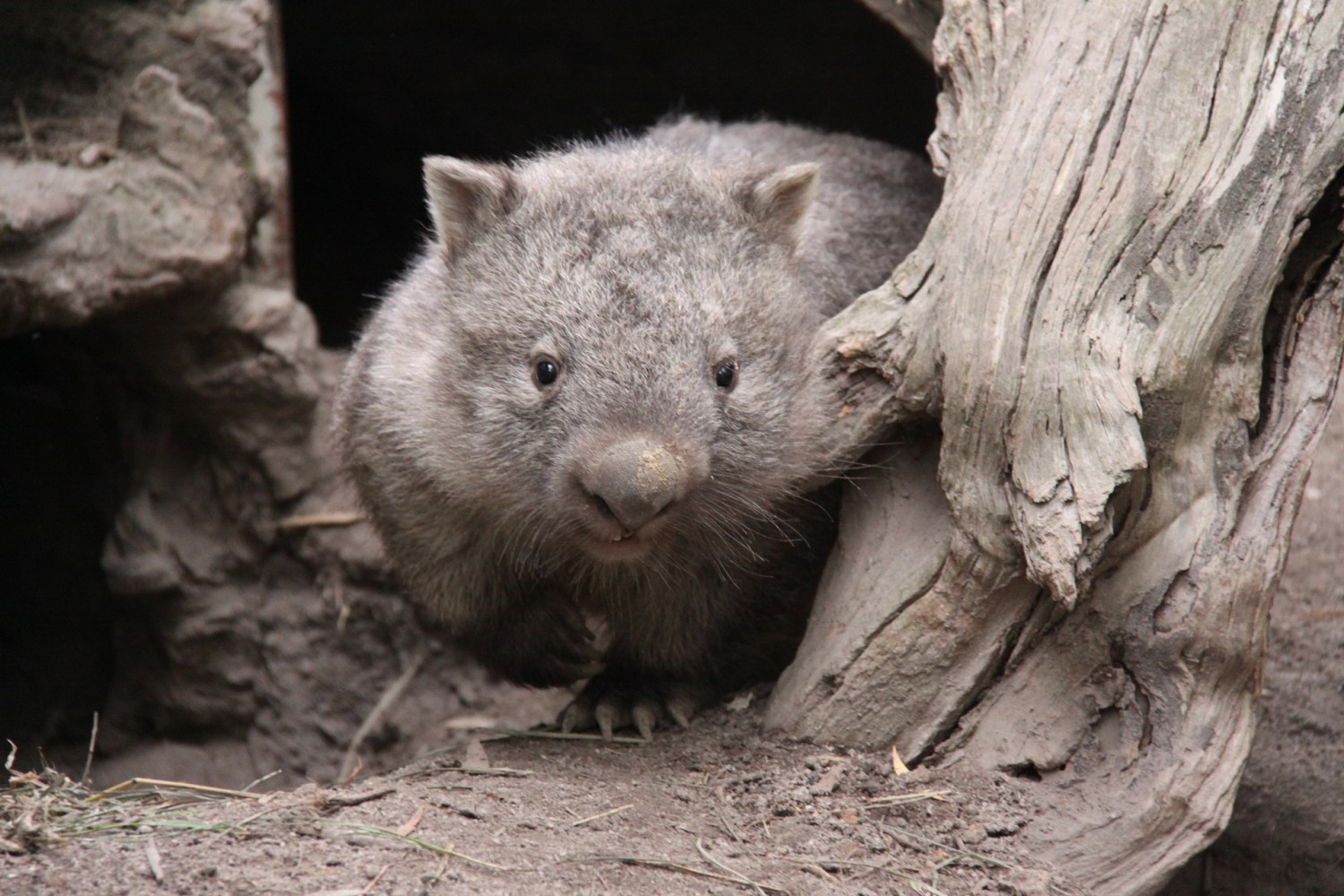 Adult wombats taken into care usually do not face a positive outcome.

Once more STRESS is the biggest issue when dealing with wildlife. To avoid stress adult wombats are best treated in their home territory and natural environment. 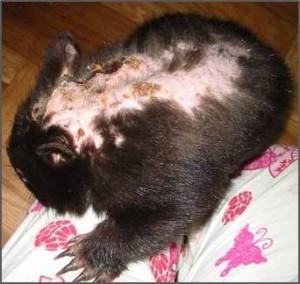 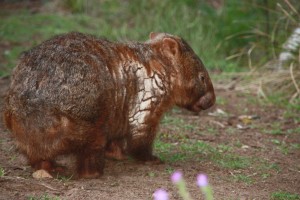 Many wildlife carers are faced with an adult wombat rescue at some time. This may be a roadside rescue when a wombat has been hit by a car. Or maybe relocating a wombat that has found it’s way into a built up area with no sign of it’s home territory.
If you are familiar with wombat behavior these type of rescues won’t be so daunting. 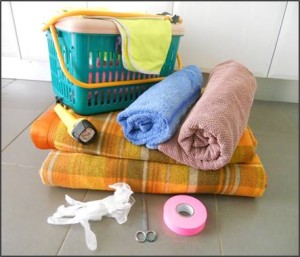 This type of rescue often takes place after dark.
Check rescue equipment before leaving – fluro vest, torch, scissors, rubber gloves, heat pack, pouch, carry cage, towels and a couple of large blankets. One large blanket folded into quarter can be used as a stretcher.  The other for covering and securing the wombat.

Rolled up towels can be used to support and stop the injured wombat from rolling around during transport.

When a wombats territory is disturbed or destroyed the wombat will sometimes become unsettled and start looking for a safer place. The wombat often ends up somewhere that is anything but safe like a suburban backyard or under a car in a carport.
This type of rescue usually occurs in daylight hours when the wombat is discovered the next day.